Anja Wagner Ukpai is the author of numerous children's and youth books, such as the Meridian Princess trilogy or the Raven Heart dilogy, which was awarded the DELIA Youth Literature Prize.
Some of the almost 30 children's and youth books have also been translated into other languages, produced as audio books or radio plays and have been awarded various other literary prizes.
The series about the mermaid Marisa is an Amazon bestseller, which will be continued with Volume 4 next spring. A new fantastic novel for ages 10+ will be published at Penguin Random House – CBJ in spring of 2023 and a first All Age novel is currently in the works.

Anja grew up in a small town in the Münsterland region of Germany, where she participated in her first writing competition at the age of 10 and where her writing desk still waits for her, because sometimes, when wanderlust seizes her, she loves to travel to distant worlds. 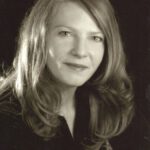 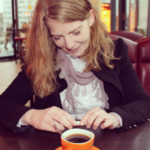 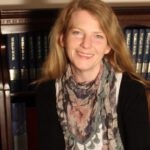 Anja Wagner Ukpai is the Author
of numerous children´s and
youth books. Some have won
literary awards, some
are bestsellers.